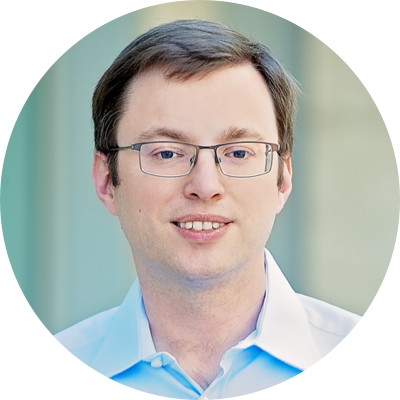 At Fortanix we are building a new class of solutions called Runtime Encryption®, leveraging Intel® SGX, to protect applications and data in use. We often receive inquiries about the impact of side channel attacks on Intel® SGX and Fortanix solutions.

Many of the queries are inspired by recently published literature identifying side channels that are applicable to SGX technology. The discovery of Meltdown and Spectre vulnerabilities has further raised the awareness of side channels, which are not always well understood even within the cybersecurity field.

In this blog, we will give an overview of side channel attacks, describe their relevance in the context of Intel® SGX, review key ingredients of an attack and mitigation strategies, as well as highlight defenses used by the Fortanix Runtime Encryption® solutions.

If you watch a lot of heist movies, chances are good that you have encountered a scene with a safe cracker determining the correct combination of a rotary lock using his fingers or using a sensitive listening device.

A side channel attack is like the digital equivalent of a safecracker using a sensitive listening device to determine the state of mechanical components in a lock. In the context of digital systems, side channel attacks extract sensitive information from the system by some means other than the intended input and output channels.

Ubiquity of Side Channels

Side channel attacks are a very real concern in any digital system that operates on sensitive data. The concern about side channels becomes even more prominent in the context of cloud computing, given the risk they pose for hardware infrastructure shared by co-resident virtual machines or processes.

Anatomy of an Attack and Mitigation Strategies

Several factors that are not always discussed in literature can make it infeasible or extremely difficult to mount a side channel attack in a practical setting. Successful side channel attacks require a perfect storm of key ingredients including access to a shared resource, an application that exhibits externalized behavior that is dependent on sensitive logic, and the ability to measure with precision.

In the presence of measurement noise, the attacker may need to make a larger number of measurements to mount a successful attack, which increases the chance of detection.

By combining encryption of data in use with attestation, Intel® SGX offers secure computation in an untrusted environment, without exposing the data being operated upon. SGX enables applications to run in a protect execution environment, called an enclave.

Interest inside channels attacks in the context of SGX arises because many kinds of attacks that are possible in conventional computing environments are no longer possible in SGX, leaving side channel attacks as one of few remaining attack vectors.

Recently published literature identified side channels that are present in the SGX technology, but whether there is information available from the side channel and whether the side channel is accessible to an attacker are properties of each application and deployment, and not of SGX itself.

Fortunately, applications can use countermeasures to control these parameters. To ensure that enclaves are secure in practice, great care is needed in design and implementation of the application, including the care to avoid leaking secrets through side channels.

Fortanix leverages its considerable hardware-based security, side-channel, and cryptography expertise to deliver Runtime Encryption® solutions that ensure data remains protected even when in use.

Fortanix uses various defenses in its Fortanix DSM™ and Runtime Encryption® solutions to protect against side channel attacks. For example, in Fortanix DSM, all cryptographic algorithms are hardened against side channel attacks. When appropriate, non-cryptographic algorithms are also protected. For example, the time to verify passwords is ensured to be independent of the secret.

For a more in-depth look at side channels, applicability to Intel® SGX and the protection offered by Fortanix solutions, download our white paper “Side Channels and Runtime Encryption® Solutions with Intel® SGX”.