Historical data generated by long-term mission-critical systems as part of important business functions contain comprehensive business knowledge and sensitive information. When data resides inside the perimeter-based security of firewalls, organizations have a sense of control over this data and its storage (aka Legacy on-premises data-bases). These dynamic changes when the data needs to be migrated to other modern forms of storage such as on-cloud. Due to Regulatory requirements, lack of Digital Trust in cloud providers, and/or the lack of visibility of data-security protocols for on-cloud data, organizations feel the need for encryption of all or selective sensitive data in the databases. The ask is the encryption and thereby protection of legacy data-at-rest that is migrated from an on-premises database to an external environment such as the Cloud.

Fortanix Transparent Database Encryption, or External encryption using Fortanix DSM-Accelerator, is a method specifically useful for “data at rest” in tables and tablespaces. The solution can efficiently and effectively tokenize and/or detokenize potentially Terabytes of data that isn’t currently in use or in transit, whilst minimizing user impact. This is termed “transparent” because it is invisible to users or applications that may query the data. The key management and encryption are decoupled from the application and thus can be used without significant changes to the existing application. The data is decrypted for authorized users or applications when in use but stays protected at rest.

Fig 1 shows the process of data ingestion with Transparent Encryption using Fortanix Data Service Manager Accelerator (DSM-A). The source of data could be a legacy database table, a CSV file with data, or even an application that generates data. When an insert operation is desired, the Transparent Encryption Proxy (TEP) is invoked. In case of data migration, this proxy could be a script that could connect to the source, invoke the DSM-A, authenticate, and perform tokenization of sensitive information before redirecting the data into the destination source. The destination could be an on-cloud database, on-premises database/storage, or literally any other source as per the requirement.

Querying/Retrieval of data is also efficiently handled using the reverse approach. Fig 2 shows how data can be searched by providing selection criteria in plaintext. When an authorized CLI/GUI search application provides a search term, the TEP is invoked which encrypts the term using DSM-A and subsequently searches the destination using the encrypted value. The resultset obtained is then decrypted before returning the search results in plaintext to the requesting application.

Transparent Database encryption is extremely useful because even if the destination storage files are stolen or the security of cloud providers is flawed and the physical data is compromised, the data remains unreadable nonetheless, with only authorized users/applications successfully being able to query the plaintext data, thus providing a disincentive for hackers to steal the data at all.

Some of the striking features and benefits of Transparent Encryption using the Data Security Manager-Accelerator are:

In this example, we demonstrate the working of DSM – Accelerator as a web service using a Python script. Python is solely used due to its popularity and simplicity. Any application language that can be used to connect to the desired source and call RestAPI services can be used.

Install Docker, docker-compose on the local machine, or Run on a VM which has these installed. Install python

Any combination of source and destination is possible such as CSV files, database tables, etc. In this case, the python script is using a CSV file NFLdraftclass.csv with selective fields to be tokenized.

The tokenized data is inserted into an MSSQL database table and plaintext querying of encrypted data is demonstrated.

Accessing the DSM-A through the python script:

Tokenize/Detokenize: the tokenize/detokenize process is a simple POST to call tokenize() or detokenize() to the service we just started.

Below are a few examples of searches done on the encrypted database: 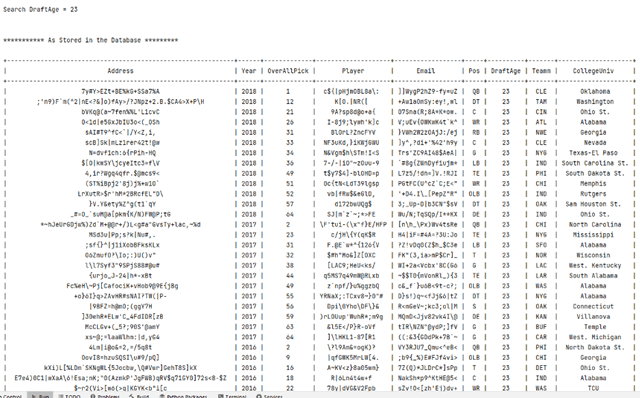 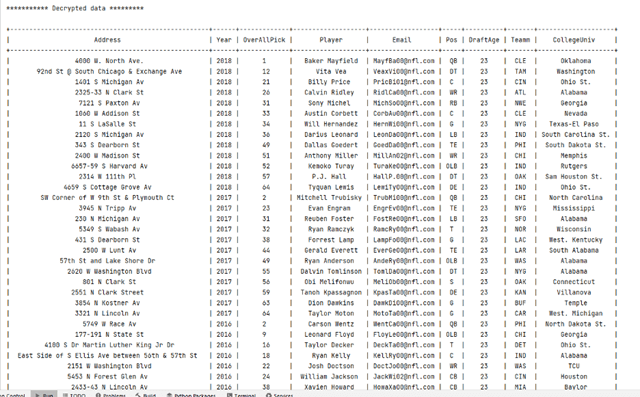 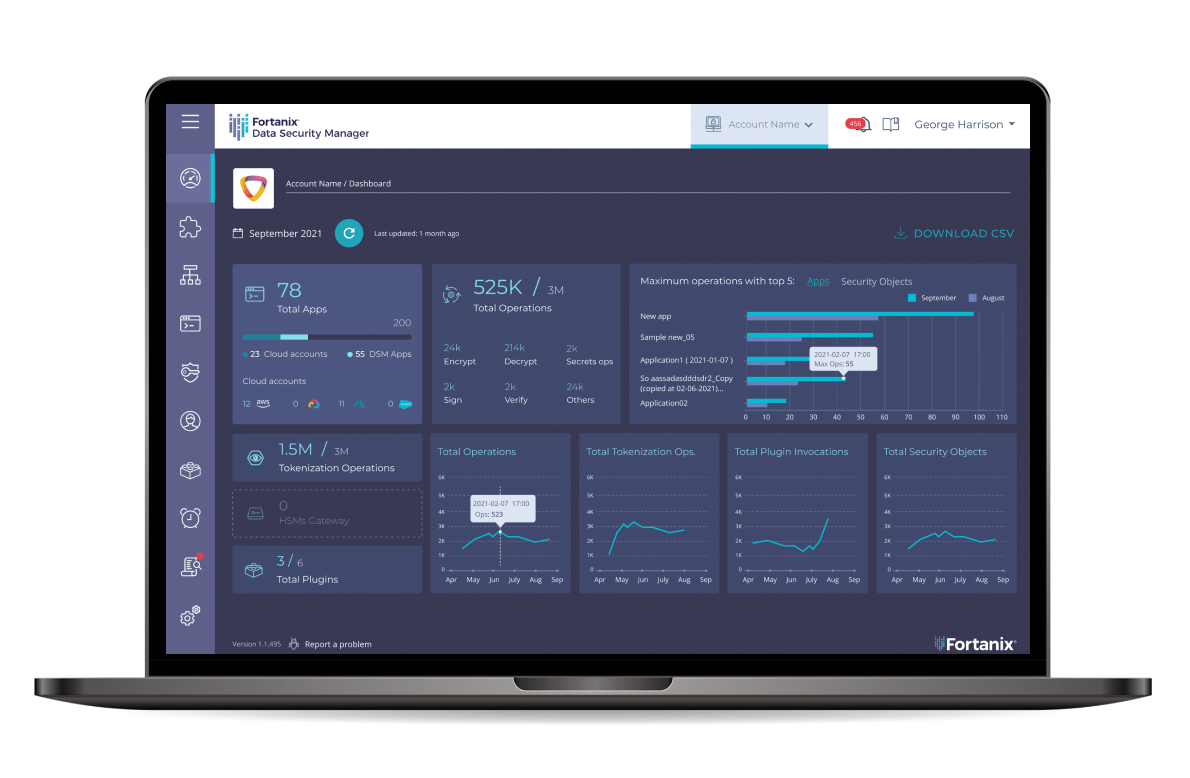