Part 3 - Keeping the Keys to Your Kingdom: Google and Fortanix Collaborate to Deliver “BYOKMS” 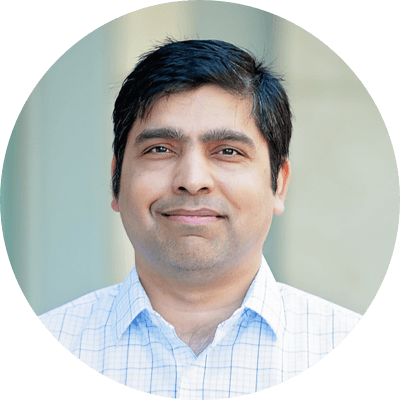 This is part 3 of a series of blogs on the integration between Google Cloud External Key Manager (EKM) and Fortanix DSM™. If you have not read Part 1 and Part 2, we encourage you to read those blogs that provide an introduction to this topic.

Google Cloud External Key Manager (EKM) service is now generally available and the integration of Fortanix DSM with Google Cloud EKM as an external key manager is also generally available. Since announcing the integration in November 2019, we have been working with many large enterprises to incorporate this new service and we have learned a lot during the process. In this blog, we explain some of the common requirements large enterprises have for implementing external key management and describe how Fortanix DSM meets those requirements. We also discuss some best practices for configuring your account in Fortanix when enabling the integration with Google Cloud EKM.

Cloud EKM enables enterprises to mitigate their security and compliance risk by retaining control of their encryption keys and securing them outside of the public cloud .To ensure the availability of keys, we recommend the following list of requirements when implementing external key management:

High availability is critical for GCP Cloud EKM because if the EKM key is not available to Big Query or Google Compute Engine (GCE), then the service would be unavailable to the user. These are often business critical services for an enterprise.

Fortanix DSM is architected to always work as a cluster of three or more nodes to provide high availability. The cluster allows for the service to be available and the keys to be usable as long as a majority of nodes are available in the cluster. In case of loss of a majority of nodes, Google Cloud EKM keys are still usable, but the ability to create new keys is lost.

The cluster of nodes can easily be spread across physically separate data centers, thus allowing for failure of entire data centers or failure of connectivity between data centers. The service still stays fully available if a majority of nodes are available in the cluster. In a multi-data-center deployment scenario, a global load balancer is used to route incoming traffic to the nearest data center.

While HA provides continuous access to the EKM key, it would still be disastrous if the EKM key is permanently lost or deleted, either accidentally by a human error, through a software error, or through a hardware failure or disaster at the facilities. Services like Big Query would lose all data in this scenario, so it is critical to have measures to recover from such a disaster.

Fortanix DSM provides several mechanisms to prevent disasters from happening and to recover from disaster when they might happen.

In case that the key does get deleted or lost even after having a quorum policy configured, there are two ways to recover the key. 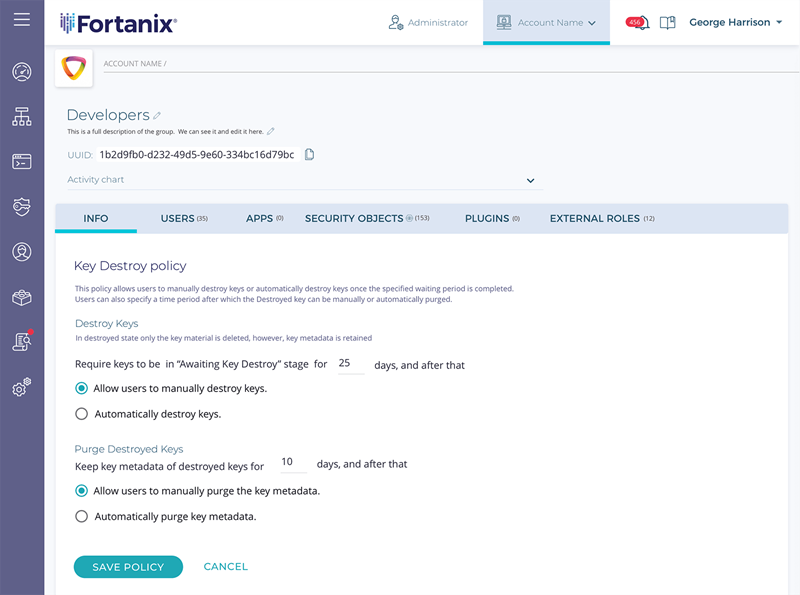 There are three important aspects of performance – throughput, latency, and quality of service. For enterprises using Google Cloud EKM, they may have a certain peak throughput and maximum latency they expect from the external key manager. They also want these numbers to be predictable and consistent which imposes quality of service (QoS) requirements.

As we have seen above, the Google Cloud EKM key is very sensitive, and access to the key should be managed very strictly by a very small set of administrators in an organization. This is achieved using a very elaborate RBAC system in Fortanix DSM. Users and keys may be organized in separate groups, and access to keys for users is determined by their group membership and roles in those groups. By following the principles of least privileged access, it is possible to restrict access to a small number of users who can create and manage the EKM keys. As mentioned above, actions can further be restricted by configuring a quorum-based policy.

Auditability of operations is often a major requirement for enterprises. While this may seem simple, getting a consistent set of logs from a cluster deployed across multiple sites is challenging. Fortanix DSM provides a secure way to store and manage such cluster-wide logs, capturing various types of operations, such as administrative (user creation, group creation, etc.), authentication (all login and logout actions are logged), and cryptographic (key creation, editing, usage, etc.).

The logs collected in Fortanix DSM can be forwarded to a log collection software or services in real time with Splunk or any Syslog-based logging systems. We also have native support for forwarding logs to Google Cloud StackDriver. This enables users of Google Cloud EKM to stay in the Google Cloud ecosystem and use more native Google Cloud services. 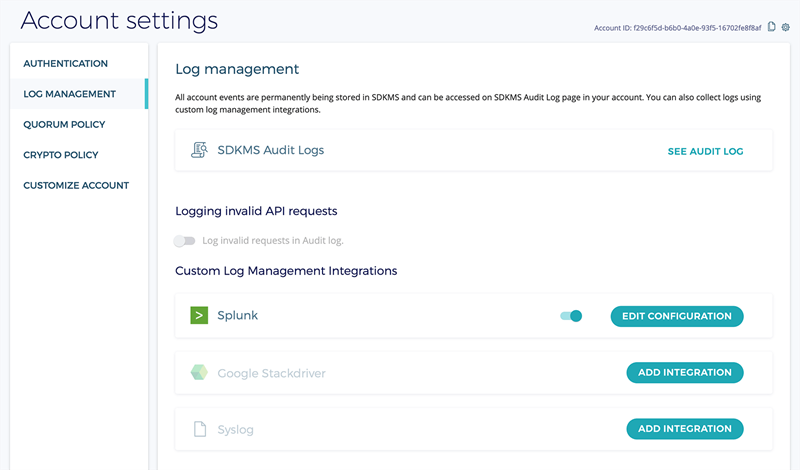